with guest support YOLA in Australia, Reb Fountain in NZ 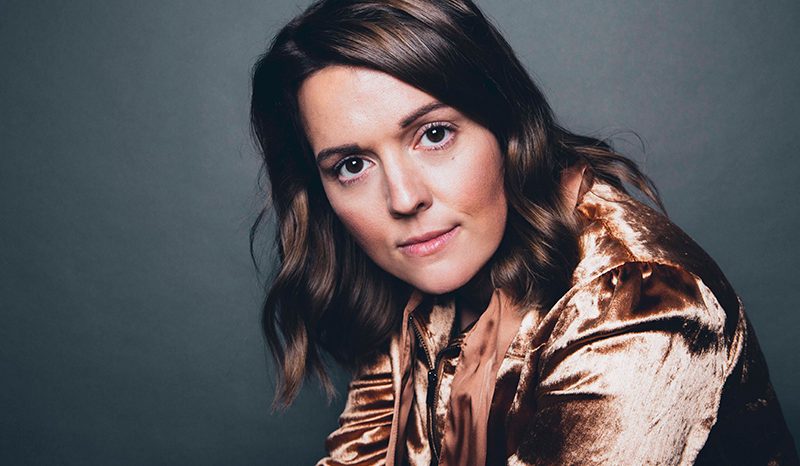 We regret to advise that this tour has been cancelled and won't be rescheduled due to the artist's existing obligations. All ticket holders will receive a refund at their point of purchase, these generally take 3-5 working days to return. Also check your inbox for communications from the ticketing agency or venue on these refunds. We hope to present Brandi Carlile in the not to distant future

Amid a landmark year – taking home three Grammy Awards in February, Brandi Carlile has locked in headline shows for Melbourne, Sydney and Auckland this April.

Carlile is currently touring in celebration of her three-time GRAMMY Award winning sixth album, By The Way, I Forgive You. The album includes ten songs written by Carlile and longtime collaborators and bandmates Tim and Phil Hanseroth, including “The Joke”. Of her performance of the song on the live GRAMMY broadcast, The New York Times proclaimed, “Carlile’s vocals were robust, ragged, full of sneer and hope. On a night curiously light on impressive singing, it was an uncomplicated, genuine, cleansing thrill.”

She says of her unique musical style, “I’ve gone through all sorts of vocal phases, from pop to blues to R&B, but no matter what I do, I just can’t get the country and western out of my voice.”

Brandi Carlile has been a part of several activism campaigns and an advocate for causes ranging from spreading awareness for health issues to empowerment of women. $1.50 from each ticket sold for her performances will be donated to her charity The Looking Out Foundation.

Having sold out her Madison Square Garden performance in New York on September 15, Brandi Carlile is set to bring her bright shining talent to Australian shores.

Supported by guest act YOLA in Melbourne and Sydney

By signing up to our database you agree to the following Promoter (Bluesfest Byron Bay Pty Ltd: ABN 57 146 130 485) terms and conditions: When subscribing you are agreeing to receive correspondence from Bluesfest Services Pty Ltd and associated entities, including information regarding Bluesfest, Bluesfest Touring and Boomerang Festival.