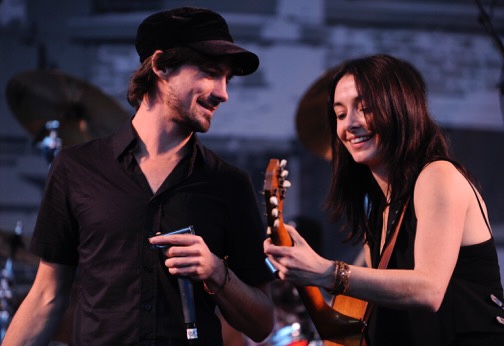 Kara & Mitch Grainger will open for Christone “Kingfish” Ingram at The Factory in Sydney on Wednesday 13th April.

Captivating vocal talent, a truthful approach to songwriting, and incredible guitar playing are just some of what to expect from a performance by Mitch and Kara Grainger. Kara’s approach to slide guitar and Mitch’s exceptional grasp of the harmonica makes this duo performance an act not to be missed. This brother and sister duo grew up in Balmain, Sydney Australia where their band “Papa Lips” was first formed. They toured consistently throughout Australia and produced two studio albums that received national airplay.

For the last several years Mitch and Kara have been performing independently throughout the globe to international acclaim, however, they recently decided to join for a few very special performances. Together Kara and Mitch create their own unique blend of Blues, Roots and Soul, and their performance has a confidence and depth of spirit that is sure to leave any audience uplifted and inspired.

By signing up to our database you agree to the following Promoter (Bluesfest Touring: ABN 57 146 130 485) terms and conditions: When subscribing you are agreeing to receive correspondence from Bluesfest Services Pty Ltd and associated entities, including information regarding Bluesfest, Bluesfest Touring and Boomerang Festival.